From the world of Pure Salt Gaming I have some exciting news! Our very first official team: Garden State Passers!

This team will be representing the great state of New Jersey in competitive chess settings. They are the spiritual successor to Montclair Sopranos, a team that played several seasons in the PRO Chess League with several playoff berths during their run. Unfortunately they didn't make the cut in the last season, however that opened the possibility for a home grown rebranding.

Following their time running Montclair Sopranos, GM Mackenzie Molner and Sean Finn looked to form a team in the States Chess Cup. From there, they teamed up Ed Knesevitch, owner of ChessWired and myself. As the season progressed, we didn't have a name yet...

Last Saturday I finally had the time to get Pure Salt Gaming up and running. To start there are a few products for sale including pre-orders for jerseys which I designed myself:

On top of that I am looking to partner with content creators, streamers, and free agents. For now Pure Salt Gaming is really only interested in Chess, Destiny 2, and Halo; yet we'd also be potentially interested in individual based eSports such as Smash or Street Fighter players.

Since this is my personal blog with a focus on development I think it's fitting to get a rundown on the current setup. With years of experience in Magento before 8 years away from PHP professionally I was hoping that there would have been a new ecommerce solution outside of Magento or WooCommerce. Magento 2 existed yet there wasn't anything else I could find in any language that would have delivered an experience closer to working...

Pure Salt Gaming has been a goal of mine for quite some time yet between being a new father, Computer Science freshman, and working in a leadership role my time has been running in negative numbers. However recently while playing in the one chess tournament I still compete in a year it was the perfect time to test run Pure Salt Gaming and it went about as good as expected.

While the team did just okay and it was made up of two mid 30s guys and their 60+ year old dads there was general interest in the brand and the merchandise had a positive reception.

There's still a lot up in the air on what exactly Pure Salt Gaming will entail yet at the very least I'm continuing to work on #1 Grandpa until the label and will look to sell merchandise online. Looking to explore some options on sponsoring streamers and esports teams yet some ground work still needs to be laid out.

Current goal is to have puresalt.gg up and...

Hey! It's been quite awhile as I've been quite busy with Forensiq and our latest release. We've successfully deployed a new version of our entire platform and have sunset all our old technologies. On top of that we've become MRC Accredited which was quite a feat considering the team was primarily me on engineering and Antoni Kolev with support from data science.

This has been an amazing feat with two years of work under the direction of Antoni and our VP of Engineering, Stan Rosenberg, with the support of my team as well as two other teams. This has consumed a large part of my work life as well as cutting into my personal life. Fortunately we've wrapped up that part of the task and now adding new features is a lot easier thanks to code coverage and a uniformed tech stack.

So work has been fun, yet honestly more importantly I'm now a new dad! Work, while important, has paled in comparison to my personal life and the...

So I'm just here to give update on a friend's new online comic. It's called HYPERCHROMATIC and let me tell you the artwork is awesome, the first comic has a great concept, and the plan for future comics is solid.

I've known this cat since high school and of my very artistic circle of friends he's definitely a candidate as best of the bunch. Also, working on the site was a breeze thanks to his simple Bootstrap skinning he did of my comic's code base. So now there's a new GitHub project for HYPERCHROMATIC reachable at: https://github.com/mullanaphy/hyperchromatic

That's it really. There is a lot more I can talk about but on various other topics. Until then, stay sweet.

More and more I find myself moving away from scripting languages. They serve a great purpose as much of the web runs on them via Python, PHP, Ruby, and recently JavaScript. In the past, perl once reigned supreme as it has always been a great dealing with text which is the format of the web. Hell, perl is where I originally got my start trying to create a Final Fantasy Top 25 site... Those developing or browsing the web circa 1997 probably remember them all too often[1].

They've treated me very well over the years project after project but I'm starting to get to a point where programming in these languages, and in particular the frameworks, feels more and more like writing and editing config files as opposed to programming interesting projects. Which is great for getting projects live fast but after awhile the repetition grows on me (it's similar to grinding out RPGs).

So, my next project will be something more brain rocking and hopefully wake me out of this repetitive cycle. Currently I've been reading...

Finished up the code for Boycott Paper to a point where it's now live. Currently I'm still experimenting with the art style, originally planned on continuing the old style of my four panel comics yet they're very bland.

So, while I work on redoing any 4 panel comic worth continuing I'll be posting up some of my better 1 panel comics. By then there should be a working style and then 1 and 4 panel comics to be delivered.

In addition to getting Boycott Paper live, I did also put it's source code on my GitHub so feel free to use the code. Lastly, also did start a Patreon page to start accepting donations. Don't expect any donations yet, it'd just be nice in the future.

It's easy to say that coffee drives my industry a lot, hell it drives a lot of industries nowadays which is probably better than speed driving the '80s. My biggest personal issue with coffee had always been finding something I liked and could order without looking like an amateur. Luckily nowadays I finally found a style of coffee I enjoy, Dapper. 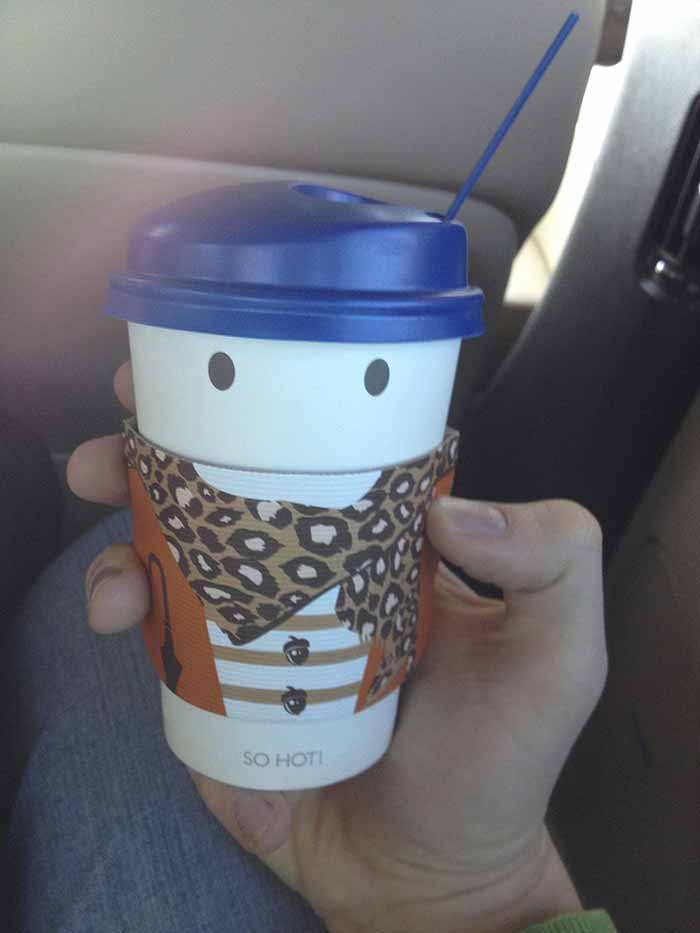 What a dapper little coffee that is. So dapper in fact that for awhile I had started collecting the cups from a Korean chain, Paris Baguette, and started adding little faces on them. 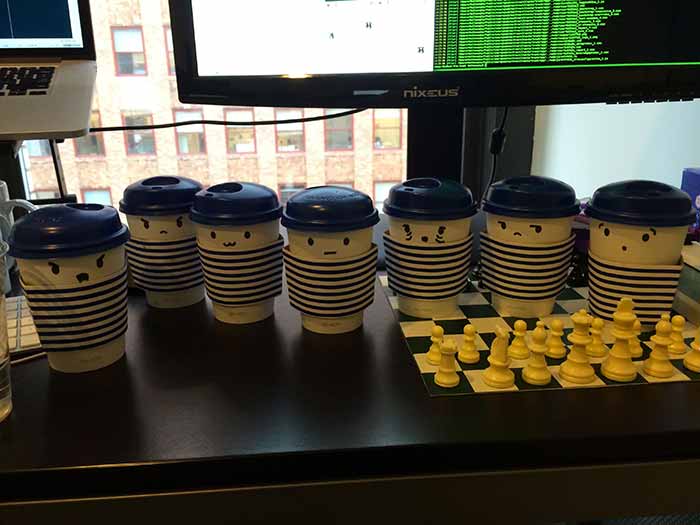 It was quite a glorious time, and then things went south real fast. 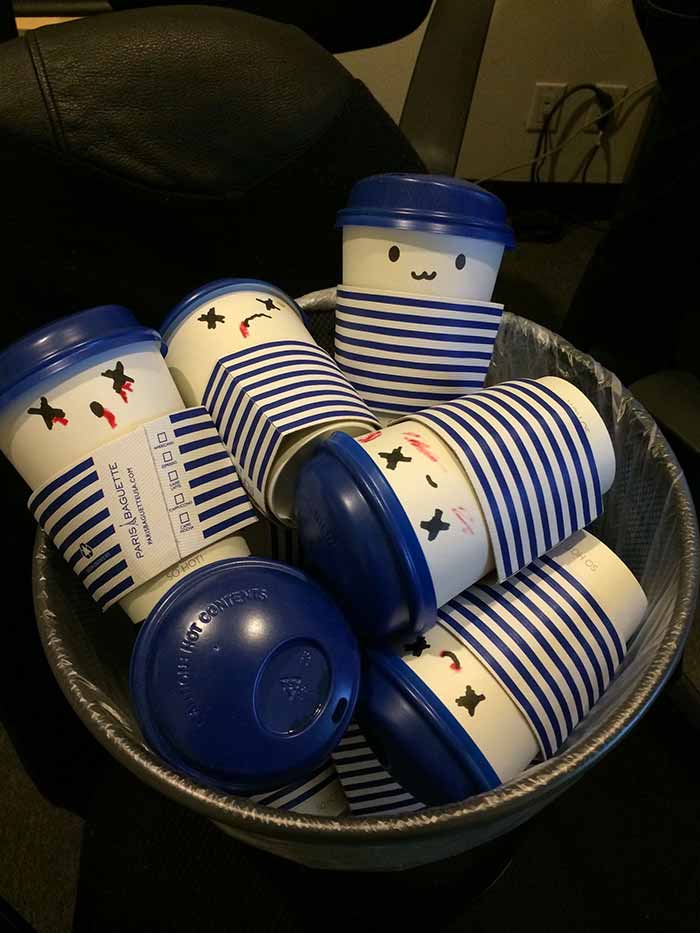 Never trust the cute ones as they say.

I'll still grab a cappuccino from Paris Baguette every once in awhile when I forget my coffee (really, when I wake up way too late and have to run for the train) but recently there's been a new haunt on my...

After many years of limiting my keyboard to work and reddit I've finally began desiring to creating content. Part of that desire is a personal blog covering nothing in particular other than thoughts of the moment. Another larger part of that desire is comics thanks to reading the latest works of Extra Fabulous Comics. His stuff has been on point lately and it's pushing me back into the game.

This will probably focus more on programming, adtech, Brazilian jiu jitsu, comics, soccer, and chess so if any of those interest you then excellent. There won't be any structured delivery times, maybe once or twice a week. If there are more posts in a week then expect the content to be lighter, if it's going to be something more technical then it'll probably have a greater distance in time between the posts that sandwich them. If there are ever any grammatical errors that I don't find within the first few readings of my posts then please feel free to contact me and...